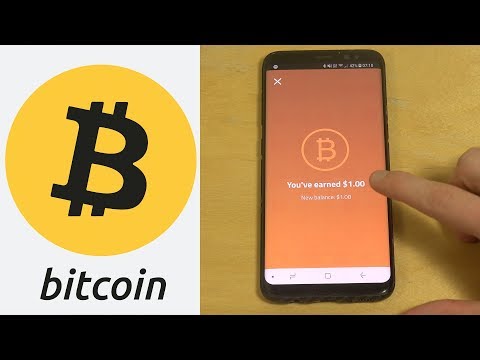 Following on from the mining guides (third one is coming along), I think it's important to try and keep a "tips & tricks" or FAQ post that can be edited and shared with all of those who would like to have an easy reference guide for the ins & outs of Myriad.

A: Here are some basic guides to getting some coin for yourself:

Q: What is the most efficient Myriad mining algorithm to use?

A: It depends on your hardware. I know you want to maximise your returns, and build up that coin, but Myriad was designed so that everyone can generate it for their poor, slim wallet, at least until all of this interest in it brings the big boys out to play.
Your best way is (unfortunately) to throw more cores, more GPUs, and more hardware at computing the problem, which most of us can't afford. Don't worry though, it'll be an addiction soon enough!
By that token, trying multipurpose hardware at two different tasks separately and comparing both of them will tell you which is better for powespeed/efficiency/heat.
E.g. My 69xx AMD card is fantasticly cool and super efficient at computing the Skein algorithm, but as soon as I throw it at the Groestl algorithm, it begins to implode and have heat babies. Do the hard work and set that hardware to pasture!

Q: What is the best hardware to use?

A: The best hardware to use is the fastest hardware that can generate the least heat, and thereby stay cool and efficient for the duration of your continued abuse of the poor thing. Your best asset in choosing hardware is having 5 algorithms to choose from!
Miners in other, considerably less interesting coin ventures, often have huge warehouses of cooling and fans and GPUs, all doing their bidding. Keeping them efficient and cool is a nightmare. In Myriad mining, the small operation still sees a nice influx of coin, using the spare cycles of their Android phone (kids, don't try this at home!).

Q: Why isn't x hardware working as I intend it to?! Please tell me what's wrong! Why is it overheating/blowing up/inefficient/not returning shares/doing x silly behaviour?

A: Good question! There are no stupid questions, only stupid computers, that aren't computing away for us & doing our bidding! Why don't you ask in the comments section. If the answer is esoteric enough, I'll add it to this post.


Q: I remember in researching Myriadcoin that it used to use another algorithm called Qubit now replaced with Yescrypt. Who got to make that call? The Devs? SimbaCuriosity/

A: Myriad_Angel/: When we replaced Qubit with Yescrypt, it was something that many people had discussed on this sub, and then I offered a small bounty for some devs to implement the change. A number of people worked on it. From memory: nzsquirrell, 8bitcoder, cryptapus, hash_engineering. The reason why we replaced Qubit is because it's kind of similar to X11 in the way that it works.
A company called Baikal that makes X11 ASICs started to produce Qubit ASICs on the side. We thought it would be better for security and inclusiveness to replace it with a new CPU option, as myr-groestl and qubit originally were. I think nearly everyone agreed with the decision. Yescrypt had already been implemented in nzsquirrell's project Unitus by then.
https://www.reddit.com/myriadcoin/comments/6k2n8g/how_much_power_do_the_myriadcoin_devs_have_ovedjjczaz/

Q: Could the Devs potentially change all the algorithms? SimbaCuriosity/
A: Myriad_Angel/: The devs don't really have the power to change anything, beyond using their knowledge and community influence. All they can do is publish new wallets that would change the PoW as you say. But the community could choose not to download them. As well, anyone could choose to be a dev and try to fork the network. In fact I'm offering a bounty of 1.5 million XMY to anyone who successfully produces a PoW hard fork on XMY under sane conditions. I feel that our current selection could be improved.
In order to change the PoW, it's a complicated matter. First you need a dev to make the new wallet. Then you need everyone to download the new wallet, including pools, exchanges, block explorers, other services. Then you need miners to connect to pools using the new wallet and mine the new version blocks. And if you don't have a great supermajority of hash power behind your fork, you might end up with a "Myriad Fork" and "Myriad Classic" situation, which would be very confusing for investors.
https://www.reddit.com/myriadcoin/comments/6k2n8g/how_much_power_do_the_myriadcoin_devs_have_ovedjjczaz/


Q:Why is my wallet empty? How do I fill it?

A: I know. Me too. The simplest answer is: buy Myriad (XMY) for Bitcoin (BTC). At some point I'd like to add a post on how to do this. I know you all love tinkering and exploding your lovely computing parts to generate coin. I do too. But if you want to really ensure the success of Myriad as a currency, go and buy as much as you can get your hands on, and sit on them (your hands).

A: Private message the poor thing, asking the following:

If you don't enter a coin number, it'll just withdraw all available.

Q: Why all the excitement over something which isn't tangible? Why does my brain tell me I'm poor, no matter what the price of the currency I hold is?

A: That's where your brain is wrong. Cyrptocurrency IS tangible. Myriad is even more tangible than other, less interesting currencies, as you can see the effort to generate the coins taking place right in your house - not just in pictures of aircraft hangers filled with air conditioning. It is your poor little CPU that is making the effort to show you what you're getting for your massive power bill - and that's numbers in a virtual wallet! Isn't it great.
As for the second part of the question, your brain tells you you're poor, because no matter what huge number you show it, it'll demand a higher number, and the rest of the humans on the planet will want a higher number than you. Learn to be happy with what you can get. Please do a Psychology degree to understand this process further.

Q: Do you ever sleep once you get into coins?

Make purchases on websites like Sephora, Macys, or CVS and get cash-back in Bitcoin. Every store has a different incentive amount. Some offer as much as 9% cash-back. Others will offer a set amount of BTC. This is a very easy way to earn free Bitcoin while making your everyday purchases. Different exchanges charge different fees. Goes without saying. If you’re looking for the cheapest way to buy bitcoin vs. the fastest way to buy bitcoin -- then fees will come into effect. 3. Ease of use Some exchanges are simpler to use. The ease of verifying your identity, the user interface, the customer service. These factors play a role. Behold, the Ultimate Guide to Importing Cryptocurrency Data! To import cryptocurrency data into a spreadsheet or an Excel document, you could either… Use Cryptofinance (which uses CoinMarketCap behind the scenes) with Google Docs. Download a JSON file from CoinMarketCap Make Excel API calls to CoinMarketCap Method 1: Use Google Sheet’s Cryptofinance (My Personal Favorite): How […] How long does it take to mine 1 Bitcoin? As of Monday, July 27, 2020, it would take 1,231.8 days to mine 1 Bitcoin at the current Bitcoin difficulty level along with the mining hashrate and block reward; a Bitcoin mining hashrate of 112.00 TH/s consuming 3,472.00 watts of power at $0.10 per kWh, and a block reward of 6.25 BTC. George wants to buy 1 bitcoin so he searches for sellers in his country. George sees that David is selling 1 bitcoin at a good price, and he also accepts bank transfer as a payment option. George sends his request for 1 bitcoin to David, and David accepts. David puts his 1 Bitcoin into the escrow.

Bfast Bfree. Due to popular demand: Make money online and earn your free bitcoins from claiming free bitcoins every seconds fast and instant! With tricks too! Make money using your mobile phones ... How To Get FREE Bitcoin Fast! No Mining Required Free BTC In 2020 💰 Subscribe to my channel: https://bit.ly/30kTWY7 In this video, I will show how you can easily earn Bitcoin. This video shows you exactly how to earn FREE Bitcoins, so you can get into the cryptocurrency space without spending any money whatsoever. Now, this make you an Bitcoin millionaire. Hack Bitcoins 2020 [ Real & Fast Way ] Hello everyone to our new updates, we're so excited to share something so FANTASTIC! Without any introductions, in this video we'll share with all people how ... How To Earn Free Bitcoin 2020 - Join And Get Unlimited Free Bitcoin Fast and Legit - YouTube - Duration: 9:26. CryptoCoin CASH 5,688 views